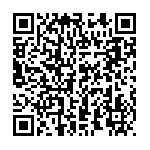 «We want the period after Expo will be a continuation of the World Exhibition but also an occasion for the relaunch of the country. In projects that are becoming reality, all have considered that Cascina Triulza will remain and continue to be a point of reference, not only for Milan, but also nationally and internationally». These are words of the mayor of Milan, Giuliano Pisapia, on the future of civil society pavilion in Expo Milano 2015.

A reassurance institutional strengthened by the meeting of bank foundations gathered in Cascina Triulza. The president of Fondazione Cariplo, Giuseppe Guzzetti, who supported and financed the project of Cascina Triulza into the Exhibition, is on the same line of the mayor: «It will remain as a central point of reference and learning for the most avant-garde happening in the world of voluntary and third sector».

The meeting took place on the occasion of the signing of the Charter of Milan, signed by Acri (the association of bank foundations) in the presence of the President of Fondazione Triulza Sergio Silvotti and Vice President of the Barilla Center for Food & Nutrition, Luca Virginio who raised the contents of the Protocol of Milan launched by the Fondazione Barilla.